The eviction process occasionally becomes prolonged due to a tenant filing an appeal. Once a judge or jury decides in favor of a tenant or a landlord in an unlawful detainer lawsuit, either party has the right to appeal the judgment. An appealed eviction case can last between one and eight months.

Generally, in California Unlawful Detainer Cases, a tenant must move out before the appeal is heard, unless the judge has decided otherwise due to circumstances such as extreme hardship or the ordering of a financial undertaking. You need to file an appellate brief with the appellate division of the same court that granted the original judgment; this brief states the reason for the appeal and begins the process. Notice of the appeal must be provided to the opposing party. Both parties will then file briefs, which include the facts and each side’s written arguments. Following this, you may have to provide an oral argument that supports your case. There will be court fees involved to file an appeal. 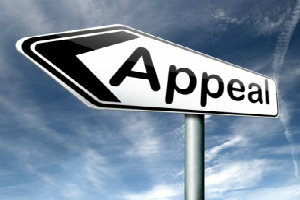 For a limited civil case involving an amount under $25,000, you must file a notice of appeal with the court within 30 days after the  court clerk (or the other side) mails you notice that a judgment has been entered in your case. For an unlimited court case, over $25,000, you have 60 days after this date to file. A late appeal will be dismissed. Then, within 10 days after the notice is filed, you must tell the court what documents and oral proceedings you want to include in the record on appeal. This usually includes an official record of the court case. The opposing party then has 10 days to file changes and amendments to the record on appeal.

Once the record is complete, the trial court sends it to the appellate division. You have 30 days to file an opening brief that states the issues and outlines your argument. The opposing party has 30 days to file a respondents brief. Then, you have 20 days to answer the opposing party’s response. If all parties waive oral argument, the decision is made based upon the facts at hand. If not, each party generally gets 15 to 30 minutes in front of the judges. After the oral arguments are made, the appellate division has 90 days to decide the appeal.  Should all parties strain the time limits to their fullest, the entire appeals process will take approximately eight months. Chances are, however, that the time frame will end up closer to three or four months total.

Previous Post: The Rights & Responsibilities of a California Landlord
Next Post: Get Satisfactory Eviction Laws in California

Express Evictions knows it isn't easy for a Landlord to go through the eviction process. That is why we provide Landlords California Eviction Services and advice when it comes to dealing with the California eviction notice process. It is often the last resort to evict a tenant because of how time consuming and stressful the process can be.

Express Evictions knows it is important that you feel confident with the company that is providing the eviction services in California. This is why we provide fast evictions and keep you informed as much as possible throughout the process. Trust a company that will take care of the entire problem.